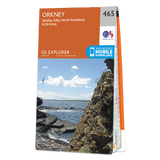 The Association embarked on a policy to attempt to stock most of the trout free lochs of the North Isles of Sandy, Stronsay, and Westray starting back in 1989 and these along with subsequent stockings have proved successful with trophy fish now having been taken from most of the waters stocked.

The lochs are Meikle Water in Stronsay, Burness and Saintear in Westray, and North, Roos and Bea in Sanday. Of these, North and Bea in Sanday are the most prolific with some incredible specimens caught each season, with the chance of a fish a lifetime a distinct possibility.
One thing it is not is easy fishing, with the chance of a good fish only coming now and again, you just have to put the time in to increase the chances.

All the above lochs are prone to algae blooms and colour quickly during periods of high winds, this and bright sunshine can curtail the fishing, but early morning and late evening forays can greatly increase the odds on success. The regular anglers who have most success on these lochs say that you have to fish a big fly to catch a big fish, so do not stint on size, palmer's tied on a long shank 8 hook can do the trick.

Care should be taken while wading these lochs are there are some soft muddy holes which can make it very dangerous.

Membership of the OTFA is the most active way for the individual angler to support the essential work of conservation and preservation of the trout fishing in Orkney.
For a nominal sum of money, local and visiting anglers may use all the facilities of the association and also ensure the future of some of the best wild trout fishing available.


Wind enthusiast, tippet collector and leader length obsessive. Steven knows only trout. His education was hindered by his lack of attention to anything that wasn't trout fishing. If you can find him he's usually at the front; over the furthest headland, bay or peninsula, pulling a team of wets and whistling the theme to The Littlest Hobo.